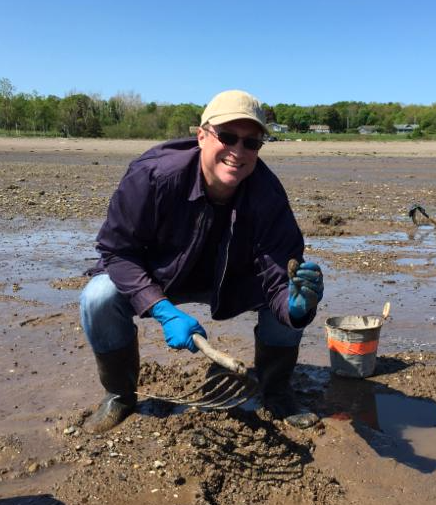 Since we started ActiveTravels three years ago, we've been fortunate to grow our business by word of mouth, not having to advertise at all. This is a direct result of all of you telling your friends about our services. Lately, we've been booking a ton of travel for new clients that have been referred to us. Nothing makes us happier-to not only entrust us with your valuable vacation time, but to spread the word to your friends about what we do. We can't thank you enough!

This is our annual June/July issue. Like many of you, we'll be traveling with the kids once school ends in late June. This summer, we're off to Istanbul and Cappadocia. We'll report back on our adventures in the August issue. Don't worry, our trusty assistant, Amy Rose, will be in our office fielding calls and emails during our absence.

I just arrived in Nova Scotia after the overnight ferry from Portland, Maine. To give you a little taste of what I'm experiencing in this Atlantic Maritimes province, our "News from the Road" feature is devoted to Nova Scotia.

In mid-July, Lisa and I will be hiking, biking, and paddling our way to the four huts of the Maine Huts & Trails system, as discussed in our Quick Escape. Also in this issue, Lisa talks about her favorite hotels in Hong Kong, an outfitter we use in Asia to book trips to Bali, Vietnam, and Cambodia, and luggage that has its own GPS system, so you know exactly where it is at all times. 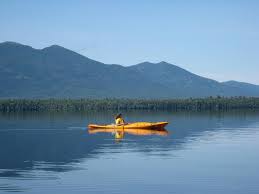 In July, Lisa and I are excited to hike, pedal, and paddle to all four of the Maine Huts. If you don't already know of this wonderful nonprofit organization, Maine Huts & Trails is hoping to build 12 backcountry huts over 180 miles of trails in the remote western mountains of the state. 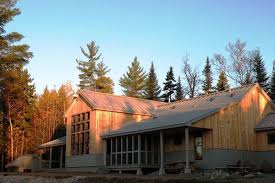 Comparable to the AMC Huts, food is served and you can

grab a bunk at night. Each hut also has a couple of "private" bunk rooms that host a double-sized bunk.
Each hut has been built at a glorious locale, like the latest, Stratton Brook, overlooking the 4,000-foot peaks of Carrabassett Valley. Grand Falls Hut was built on the banks of the Dead River, 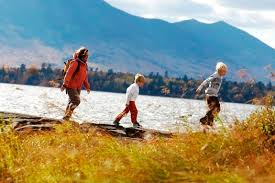 two miles below the cascading waters of Grand Falls. Each of the four huts, including the Poplar Stream Falls and the Flagstaff Lake hut, are spaced about 11 miles apart, so people can reach the next one within one day of hiking.

Unlike the AMC Huts, you also have the chance to mountain bike and 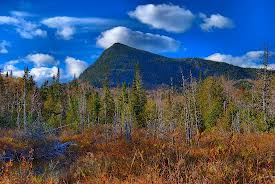 paddle between the huts. For less than $100 per person per adult and under $50 per children, each hiker gets a night's sleep on a bed, hot showers, dinner, and breakfast. 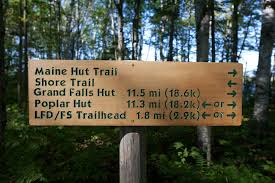 wilderness, treasured for its mountains, large lakes, sinuous rivers, and waterfalls. Check out Maine Huts and Trails any time of the year. We'd be happy to help organize your journey.